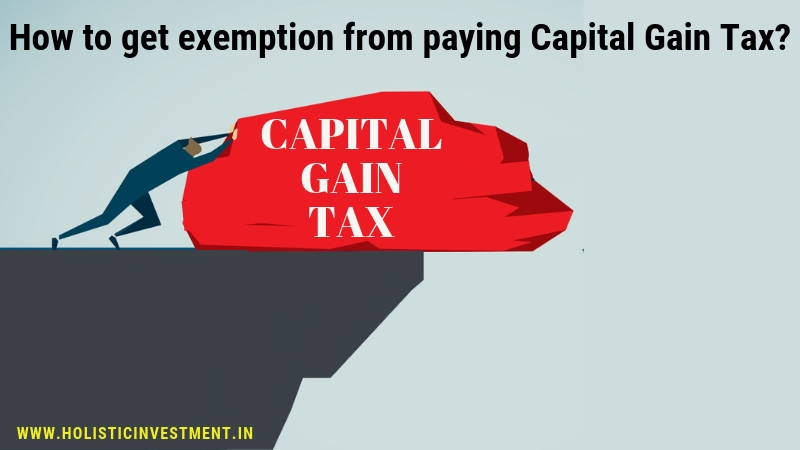 One of our distinguished Finance Ministers had made this famous statement in one of his speeches, “Even God would not like to pay taxes!” reinforcing the general dislike of tax payers in paying taxes.

However, our lawmakers are human, and they understand this general aversion of people to pay taxes. That may be one of the reason that while drafting tax laws they have also given opportunities to pay lower taxes with provisions for exemptions.

The Income Tax Act, 1961, covering the Capital Gain Tax is also not an exception to the rule.

What is Capital gain Tax?

The Income Tax Act, 1961, states that the incidence of tax on Capital Gains depends upon the length for which the capital asset transferred was held before the transfer.

How we can avail these exemptions?

A person or HUF sells a residential property,

which is a long term capital asset, i.e. it is owned for more than 3 years,

and the capital gains (difference between purchase and selling price of the asset) is invested in buying another residential property,

either within one year before the sale or

within two years after the sale or

constructs a residential property within three years of the sale,

and holds on to the residential property for three years, is entitled to the exemption under this section of the Income Tax.

for at least two years,

is entitled to the exemption under this section of the Income Tax.

This section provides that capital gain arising from the sale of a long-term capital asset shall not be charged to tax to the extent such gains are invested in ‘long-term specified asset’ within a period of six months after the date of such transfer.

‘Long-term specified bonds’ means any bond, redeemable after three years and issued on or after 1-4-2006 by NHAI and REC.

This exemption was available up to a maximum of Rs.50 lacs per financial year.

In the case of a person or a HUF, the capital gain arises from the sale of any long-term capital asset, not being a residential house,

and the tax payer has, within a period of one year before or two years after the date on which the transfer took place purchased,

or has within a period of three years after that date constructed, a residential house, will qualify for the exemption.

Hope the above explanation on the capital gain taxation has given you a clarity and a better understanding on the various capital gain tax exemptions and its modalities.

To have a tax plan and investment plan completely in alignment with your financial goals, you should have a well thought out financial plan. If you are really interested in creating a personalised financial plan, then I would firmly suggest you to test-drive our services by opting for

Clients may need assistance in various aspects of money management. We can create ...
VIEW MORE